What is a public library? Rethinking an idea to create better spaces and facilities for the community

Bankstown Library and Knowledge Centre has expanded the traditional idea of what a public library is, becoming a welcoming and socially engaging community hub.

The development is much more than a book repository or a new stand-alone building. It encompasses a series of indoor and outdoor public spaces and connected community facilities, to create a civic centre at the heart of Bankstown. 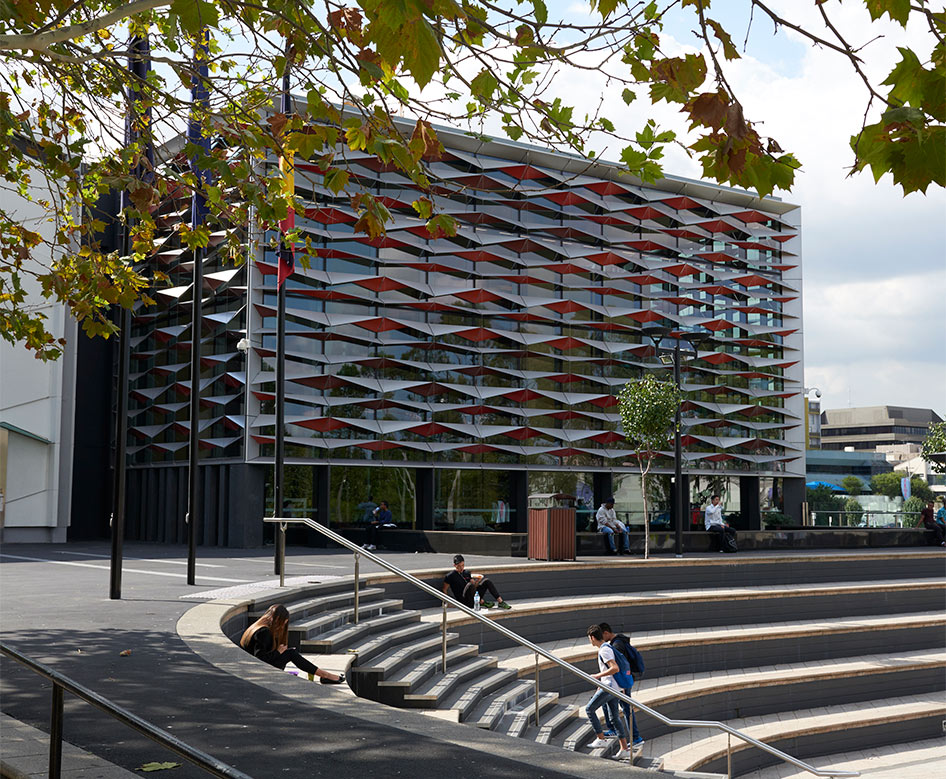 Better for community: The centre provides facilities and flexible spaces of great value to the Bankstown community.

The centre accommodates a new library over three levels, a 300-seat theatre, an IT lab, multi-purpose conference rooms, meeting rooms, spaces for information displays, and a café. Combining these resources has created an open and accessible public facility, fostering a sense of community and local pride.

The new knowledge centre complements its civic neighbour – the Bankstown Town Hall built in the 1970s – through physical scale and setting, and through its role providing community facilities. The centre extends the function of the town hall by introducing multi-purpose spaces that host a range of activities to attract a greater diversity of library visitors. 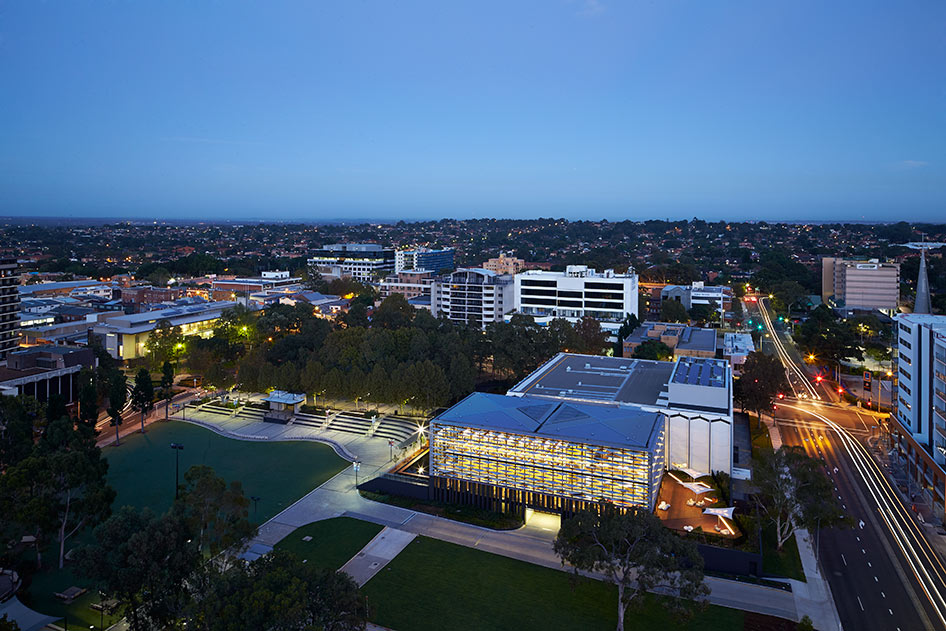 Better fit: The new library relates to the geometry, scale, and character of its older neighbour, Bankstown Town Hall.

The scope of the project considered public amenity beyond the library building itself. Improvements to public spaces include a public park, an aquatic sculpture garden, new street trees, off-street parking, and pedestrian links to an all-weather bus stop.

This connected approach has improved the overall value of the project to the community, and extended its positive impact on the local area. 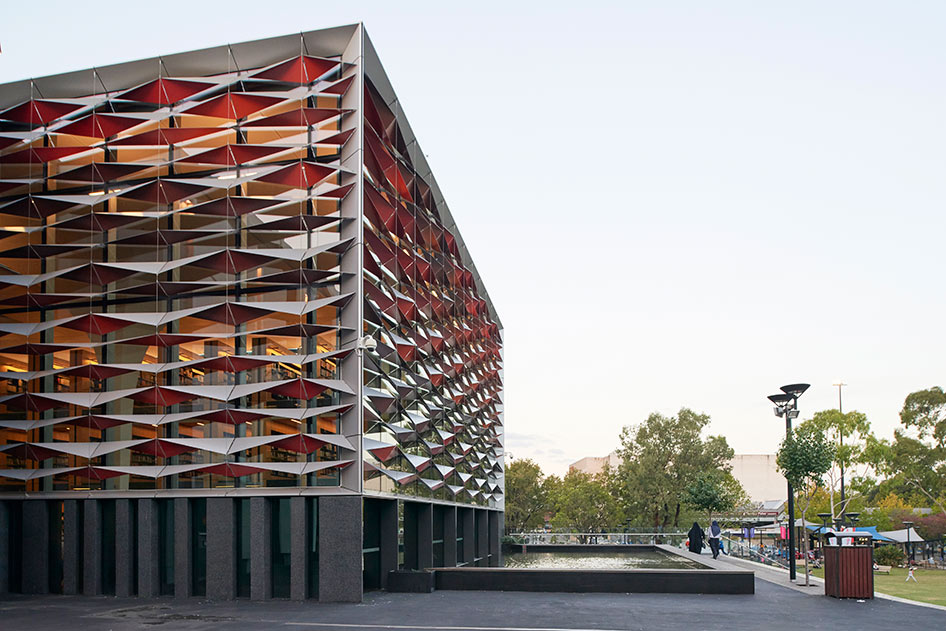 Better value: The project has added value to its neighbouring public spaces and facilities.

Creating a variety of spaces and experiences

The new library is an uplifting and enriching place, encouraging people to explore a series of inviting spaces – both formal and informal – designed for reading, learning, teaching, working and meeting. 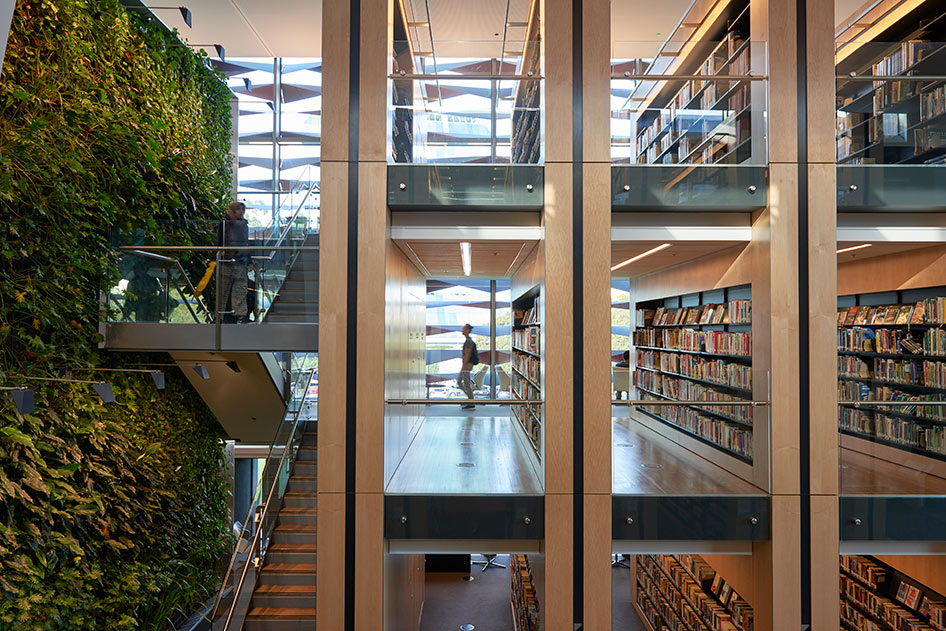 Better look and feel: Book shelves are located on three floor levels that open onto a three-storey central atrium. 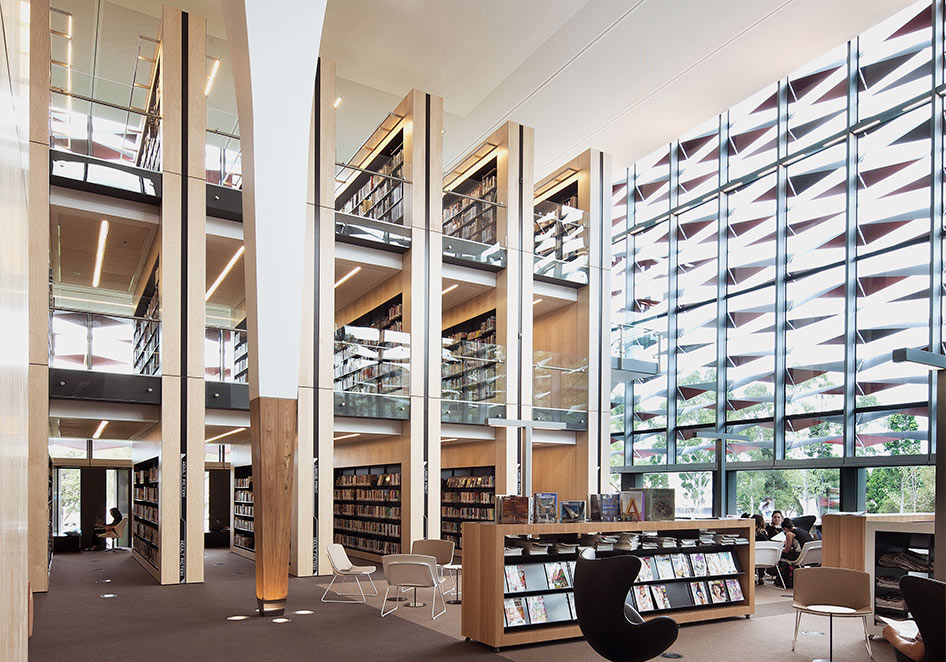 As well as creating a sense of spaciousness and transparency, the visual connection between the different floor levels, and functions, is a vital aspect of how the building works, helping people to find their way to the various spaces and facilities.

The design team used an innovative approach to optimise quality and value in regard to the building’s environmental performance. Sophisticated control systems maximise the use of natural light and indoor air quality for human comfort as well as saving energy. These features include improved-performance lighting and air conditioning, and a “green wall” of plants that helps to improve indoor air quality.

The team conducted an audit of existing building fabric available on site, including those available from renovations to the neighbouring town hall. Materials that were salvaged and re-used include timber flooring, precast concrete panels, aluminium roof sheeting and stainless steel joinery.

For example, one of the environmental design features is a thermal “labyrinth” consisting of air flowing through concrete blocks that aids the building’s air conditioning and ventilation system. This was constructed using salvaged concrete panels.

The building’s facades feature a beautifully detailed system of colourful sunshading louvres, set within the box-like form of the building. The louvres twist and fold, creating chevron-like patterns that mimic the geometry of the neighbouring town hall. 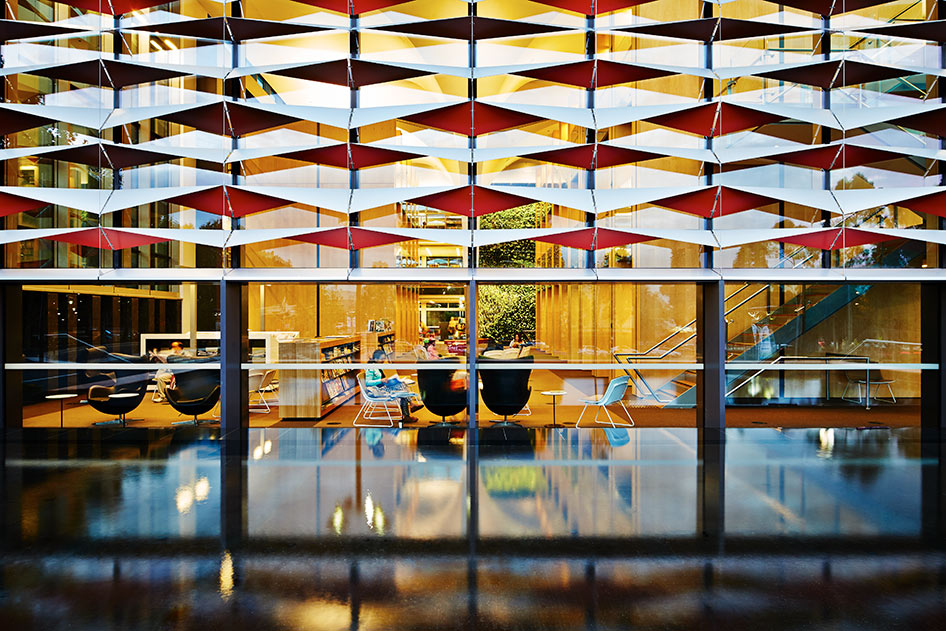 While shading the facades, the louvres allow views into and out of the building. This creates a sense of connection between the library interior and the public spaces outside.

Engaging the community in the design process

Bankstown City Council appointed a design team after seeking and assessing expressions of interest from architects. The team led a relatively traditional design process organised into clearly defined stages: responding to the initial design brief with a “return brief”, generating design options, developing the design in greater detail, then preparing documentation for the development application.

Stakeholder and community consultation sessions were held regularly to clarify and develop the project brief, as well as to give updates on the design as it progressed.

The council benefited from early engagement with community and stakeholders, and managed the continuous sharing of information efficiently. The design team was actively involved with the different client groups, which in turn led to strong, ongoing relationships.

The project has become a reference for better design quality across the town centre.

While the client’s design brief is important, careful consideration of the project’s use, the site, and the needs of the local community has made this building much more than a library, delivering greater value for the community and the client.