Transforming a drainage channel into a green urban parkland

Bishan Park is an inspiring example of how a city park can function as both ecological and social infrastructure, combining water treatment, flood management, biodiversity, recreation, and community engagement.

The park has been redesigned to provide integrated green infrastructure that addresses Singapore’s dual need for effective stormwater management and high-quality public open space for the densely populated city. 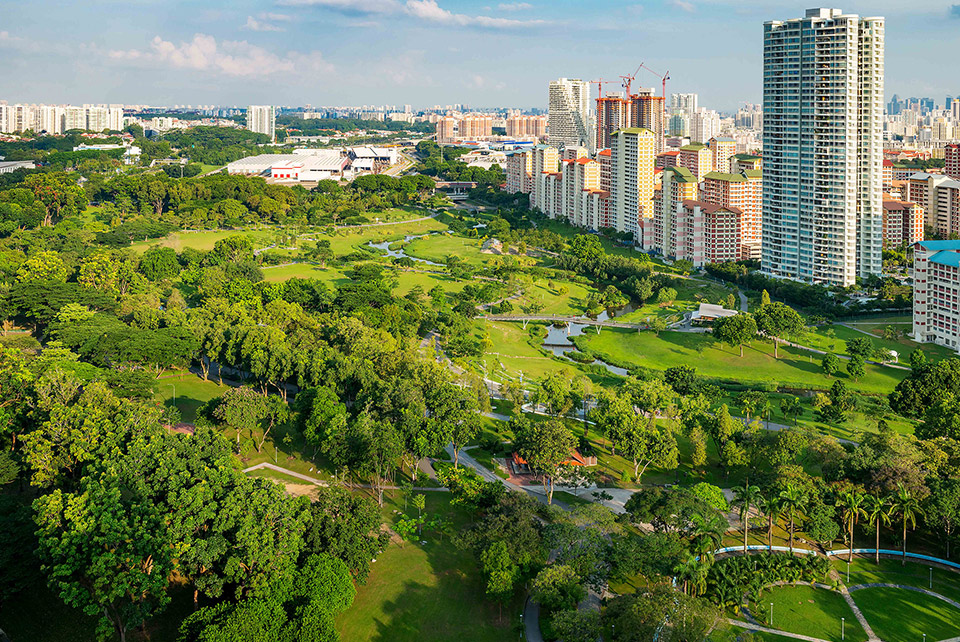 Bishan-Ang Mo Kio Park was originally constructed in 1988 and is surrounded by high-density neighbourhoods. The park included an outdated flood management structure: a section of the Kallang River that had been replaced by a straight concrete channel, 2.7 km long and 24 m wide, to provide protection against flooding during heavy monsoons.

Integration: Using an integrated design approach, an outdated concrete channel has been replaced with multifunctional green infrastructure with broader benefits and at lower cost.

The new design approach was to reconstruct this channel as a natural riverbank, meandering through the park, with fluctuating water levels reaching 100 m wide during peak flooding. This approach cost 15 per cent less than a reconstruction of the concrete channel.

The reconfigured park design prioritises the proximity of places and pathways to the water, with various features including three new bridges, a terraced riverside gallery, river platforms, stepping-stone paths and a water playground. Other facilities include two new playgrounds, two new restaurants, public toilets and “Recycle Hill”, a park landmark and look-out point built from blocks of concrete recycled from the old channel. 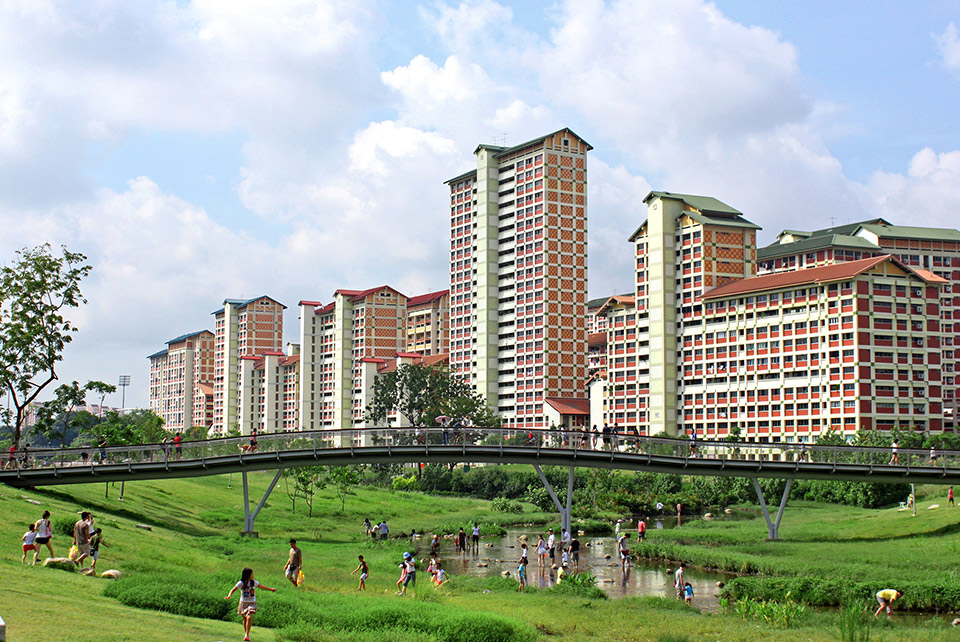 Participation: The park’s green open spaces and access to a water in an ecological setting encourage people to appreciate water as a vital natural resource.

The redesigned park is the outcome of two interrelated government planning strategies – the “four taps” strategy to secure potable water for the city; and the supporting “Active, Beautiful, Clean Waters” program, to improve physical access to and promote the appreciation of water in Singapore.

Interagency cooperation was crucial to achieving the design outcome. While the park was managed by Singapore’s National Parks Board and the drainage channel by Public Utilities Board (Singapore’s National Water Agency), the two agencies collaborated on the design of the project to maximise its environmental and social benefits.

Functional constraints have been pragmatically adopted into the structure of the park. For example, a comprehensive river monitoring and warning system with water-level sensors, signal lights, sirens, and audio announcements, provides early warning for park users in the event of impending heavy rain or rising water levels.

The success of the project is apparent in the park’s increased use. Visitation has doubled after the redevelopment from 3 million to 6 million people annually. This number of visitors has not impinged on the park’s ecological benefit; rather, its biodiversity has increased by 30 per cent since construction. 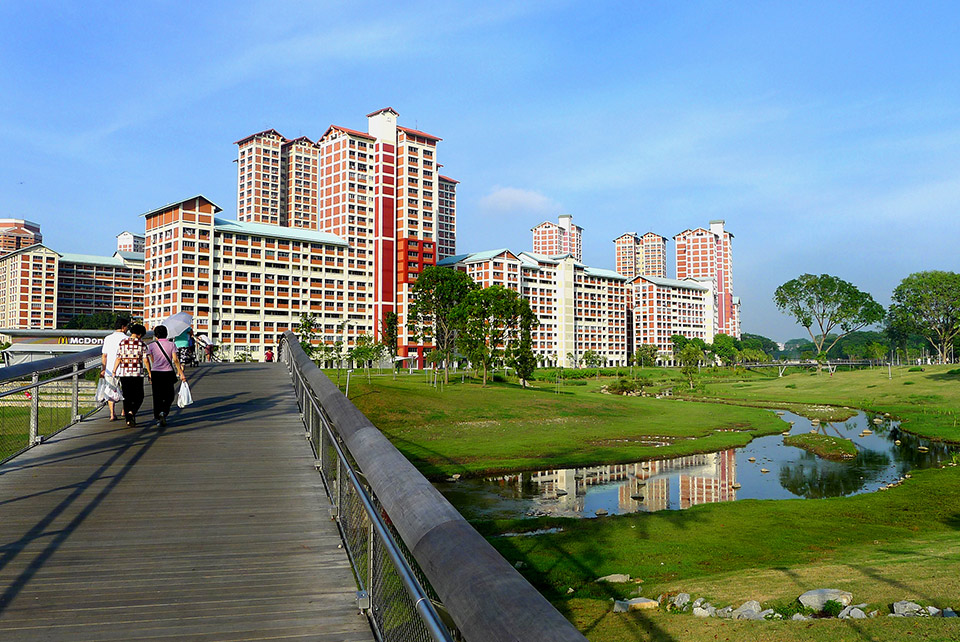 Singapore Government National Parks Board and Public Utilities Board

Central to the success of this project is a multidisciplinary approach to planning and design which integrates competing imperatives of managing water supply, dealing with flash flooding, and creating a thriving riverine ecology.

Collaboration between the design team and water authorities enabled a rethink of traditional approaches to infrastructure in order to gain maximum benefit from land, financial, and human resources.

This project illustrates the significant cost savings and benefits associated with bioremediation – replacing the concrete-lined channel with a natural system.